Following a comprehensive review of the stadium operations and layout of Home Park over the close season, Plymouth Argyle have confirmed they have received approval to increase their match capacity by over 600 seats to 17,000 for the upcoming Sky Bet League One campaign.

With six fixtures completely sold out at the Theatre of Greens during the 21/22 season, club management considered it an absolute priority to assess how they can maximise seats within the stadium for the upcoming season, working with key local stakeholders like their Safety Advisory Group (SAG) to achieve this result.

There are two key changes heading into  next season, and the capacity elevation is subject to trial. Plymouth Argyle are therefore requesting that all their supporters continue to follow club and safety team guidance to ensure that they can retain this increase for the longer term.

The first change is that, following discussions with their SAG, the club has received agreement to increase the operational capacity in the Upper Mayflower Grandstand to 75%, up from 50% last season, allowing us to sell more tickets in this area.

In addition, facility enhancements have been undertaken in the Lyndhurst Road Stand and Barn Park End, with a view to minimising the segregation gap between home and away supporters. Meanwhile, the removal of a small number of seats for the installation of their Big Screen also reduces the impact of footfall in that area.

Additional bars and toilet provisions will be introduced in the adjoining corner of that side of the stadium, but supporters are advised that these facilities do remain limited, and are unsuitable for families.

As a result, The Pilgrims are able to significantly reduce the segregation and increase the number of sellable seats in Block 20.

Argyle’s Head of Venue, Christian Kent, said: “We’re very pleased to be able to maximise the stadium for our supporters next season, and thank SAG for their support in achieving this goal.

“With attendances as high as they have been, and season ticket sales going so strongly, we know it’s vital that we maximise the capacity of Home Park, and the close season has been our first opportunity to make the necessary arrangements.

“We will need our supporters to work with us in order to maintain this status for the long term, and I thank them in advance for their co-operation.” 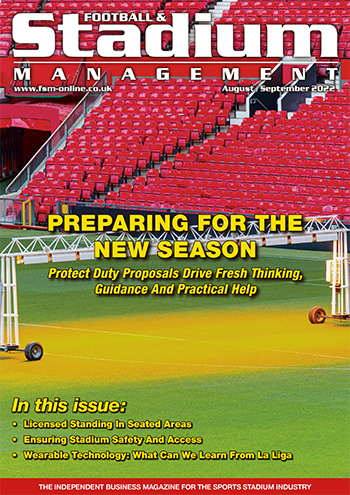