Leicester City Chairman Khun Aiyawatt Srivaddhanaprabha underlined his commitment to the Leicestershire community as he made a £1M donation at the Club’s Annual End of Season Awards on Monday evening.

The donation to the Vichai Srivaddhanaprabha Foundation will be used to support the Leicester Hospitals Charity’s Neonatal Incubator Appeal, which aims to upgrade the city’s 42-cot neonatal unit and give the very best chance of survival to babies born prematurely.

The specialist unit cares for babies in the first 28 days of their lives who have either been born early or who require specialist treatment. Currently, 36 of the 42 incubators in the unit are over 10 years old and the appeal is aiming to replace each of these with a brand new £30,000 state-of-the-art incubator.

It’s a cause that the Football Club has been supporting throughout April and one that will be championed by legendary Club Ambassador Alan Birchenall on Sunday during his 40th and final End of Season Run.

Announcing the donation on Monday night, Leicester City Chief Executive Susan Whelan said: “This event has always been about celebrating achievement and excellence among our players but, thanks to Khun Top and the Srivaddhanaprabha family, it has traditionally also been about raising funds for the Vichai Srivaddhanaprabha Foundation.

“When we unveiled the statue of Khun Vichai, we launched an appeal that was dedicated to the Children’s Hospital. Children were close to Khun Vichai’s heart, so we’ve worked very closely with stakeholders in the city like Leicester Hospitals and the University of Leicester over the years to support children’s health.

“Through supporting the appeal to replace equipment in the children’s ICU, which will also be the focus of Birch’s final end-of-season run on Sunday, we’re able to continue with that work and make sure that we continue to provide children in Leicestershire with the best possible start in life.”

Each new incubator has the potential to save the lives of thousands of Leicestershire children who may require this specialist support and is a cause in-keeping with the continued life-changing initiatives supported by the Foundation, which also works to help to preserve the cultural heritage of Leicestershire.

The donation is the latest in a long line of gestures of generosity from the Srivaddhanaprabha family, made through the Vichai Srivaddhanaprabha Foundation, which was renamed in honour of our late Chairman in 2018. It has received several seven-figure donations from the family in recent years, which now total in excess of £5M and have allowed the Foundation to positively affect its community in a multitude of ways.

Leicester Hospitals has been a long-term partner of the Foundation and received a £2M donation towards the development of a specialist children’s hospital following the Club’s historic Premier League triumph in 2016.

The Foundation’s commitment to the improvement of children’s health in the region was further strengthened a year later with a £1M donation to the development of a Professorship in Children’s Health – a partnership between Leicester Hospitals and the University of Leicester.

The work of the Vichai Srivaddhanaprabha Foundation has ranged from supporting the restoration of Leicester Cathedral, to the launch of the Gift of a Wish initiative, which began in 2019 with £610,000 of donations to large and small local causes in the county and continued with a new round of support into the COVID-19 pandemic.

Funds raised by the VS Foundation have also helped renovate Leicester Royal Infirmary’s Children’s Outpatient Ward, while a range of life-saving equipment has also been provided to the Children’s Intensive Care Unit. 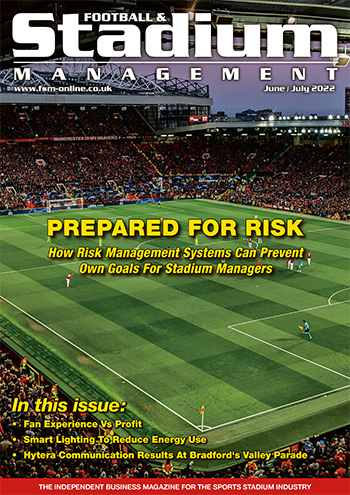